Just a couple shots of the Rhinefalls with its recent high water levels. Wanted to test the new panorama feature in Lightroom. It works fantastic!

Eiger, Mönch and Jungfrau next to the Gantrisch

Here is a first test of the new Lightroom CC pano feature. I’m delighted. It work smooth and quite straight forward. And it’s fast!

On a recent trip to Toronto I had the opportunity to make a short stop over at Niagara Falls. Having been born and raised right next to the largest water falls in Europe the Rhinefalls I always believed that I have seen al “Grandeur* of waterfalls. After seeing Niagara falls I had to learn that there is probably “bigger and better” of everything somewhere in the world. So I’ll keep my eyes peeled for other wonders of the world while touring the globe.

Toronto is a city with a beautiful skyline. The time during my visit was too short to go out to the islands which would have allowed a better skyline view with the Roger’s Center. So all I could do was to drive out the the harbor side and shoot from there. I’m still please with the shots as the skies changed rapidly from cloudy to all clear.

On the way back to the hotel I also wanted to get a city shot of CN tower. So I stopped at the Bathurst Street Bridge location to take a couple shots of the night scenery with the tracks. 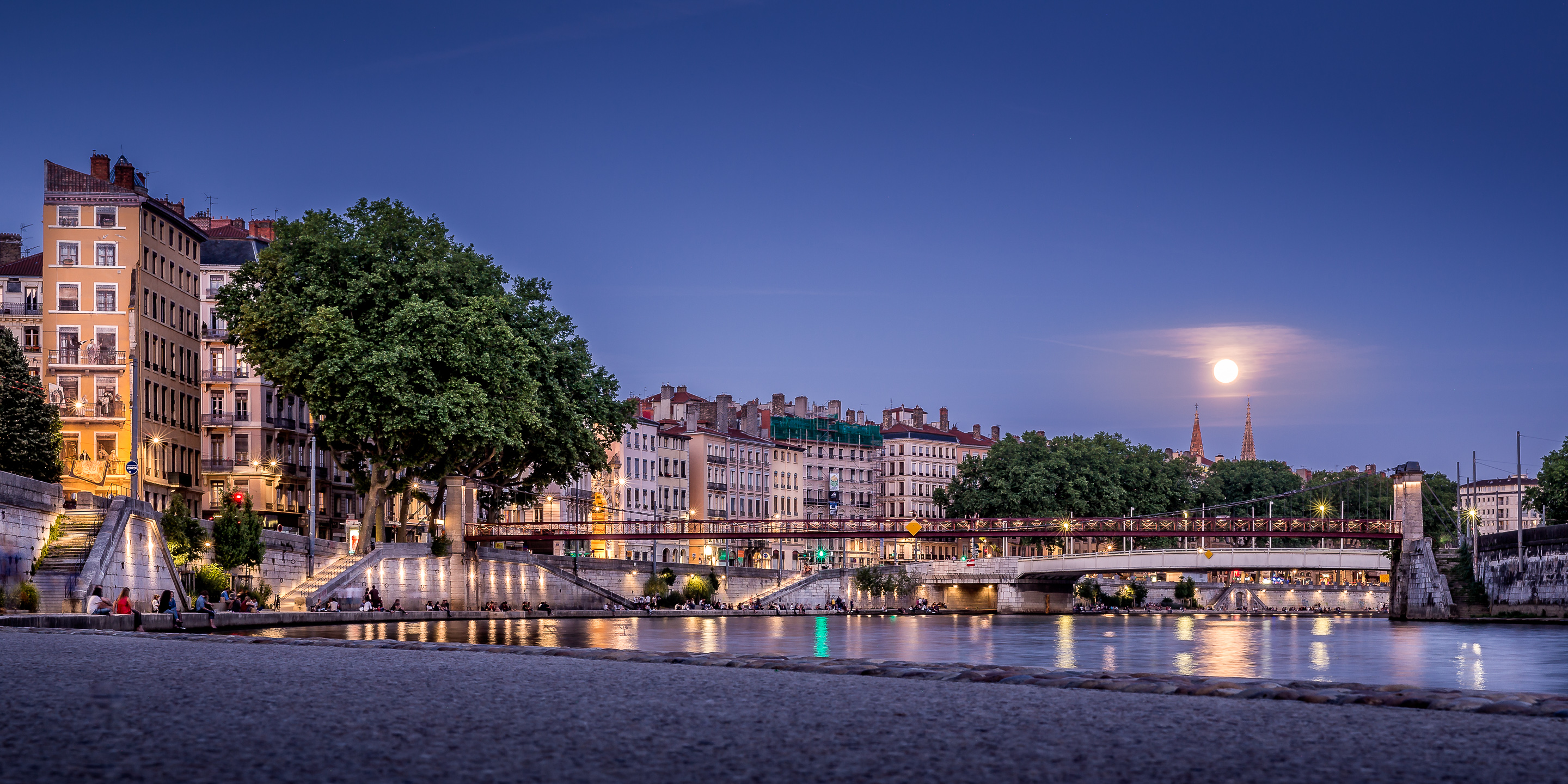 Lyon is a beautiful city. With the Saone and Rhine river flowing through the city center there are many beautiful places especially on a worm and nice summer night. Little Paris as the taxi driver called it … and no, the tower you see on one of the pictures is definitely not the Eiffel Tower … but quite close 😉

Shanghai at sunrise and after nightfall 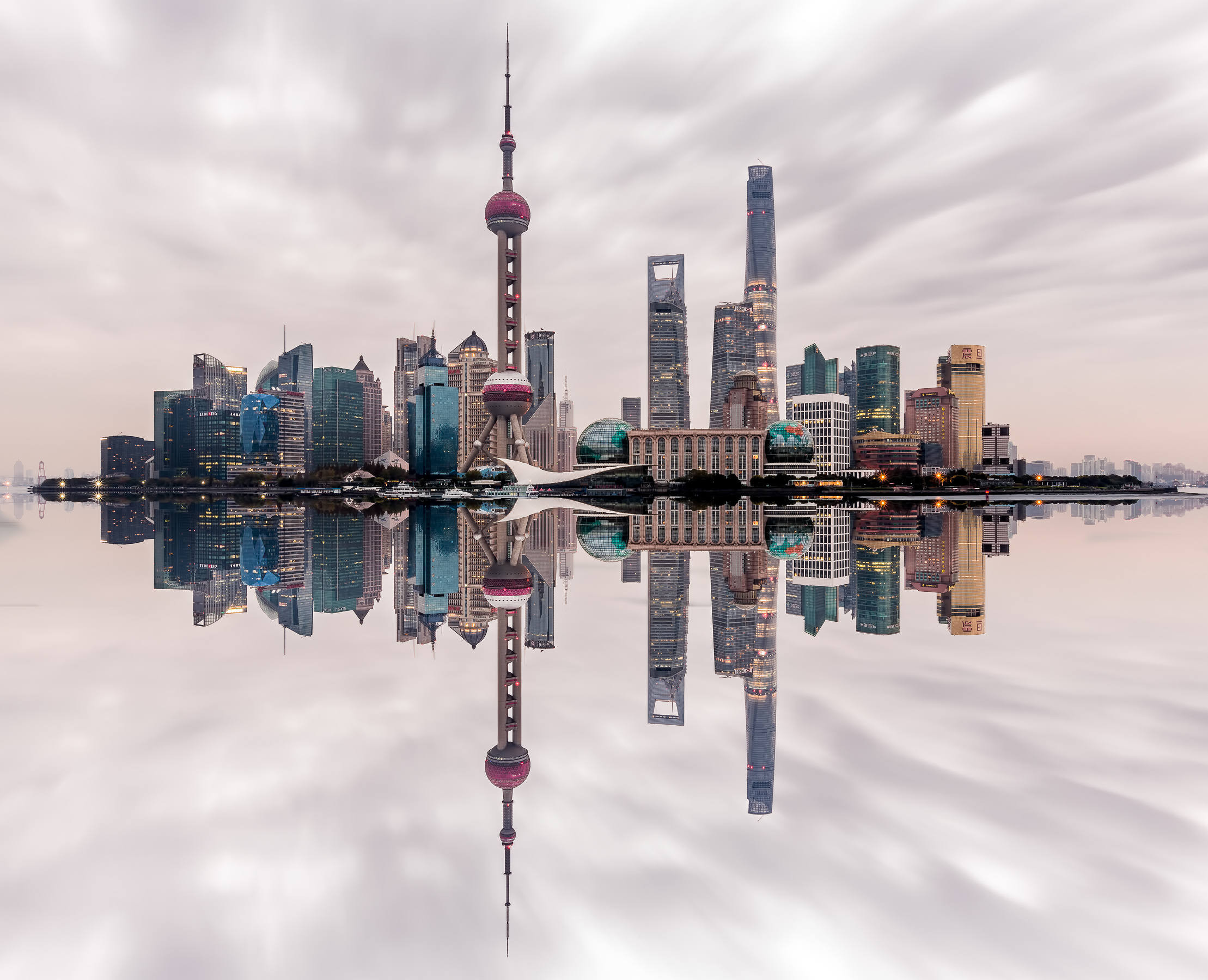 This is just a brief update to my collection of Shanghai cityscapes. Adventures stories go along in getting the Nanpu bridge shots 😉

Some more of Tokyo 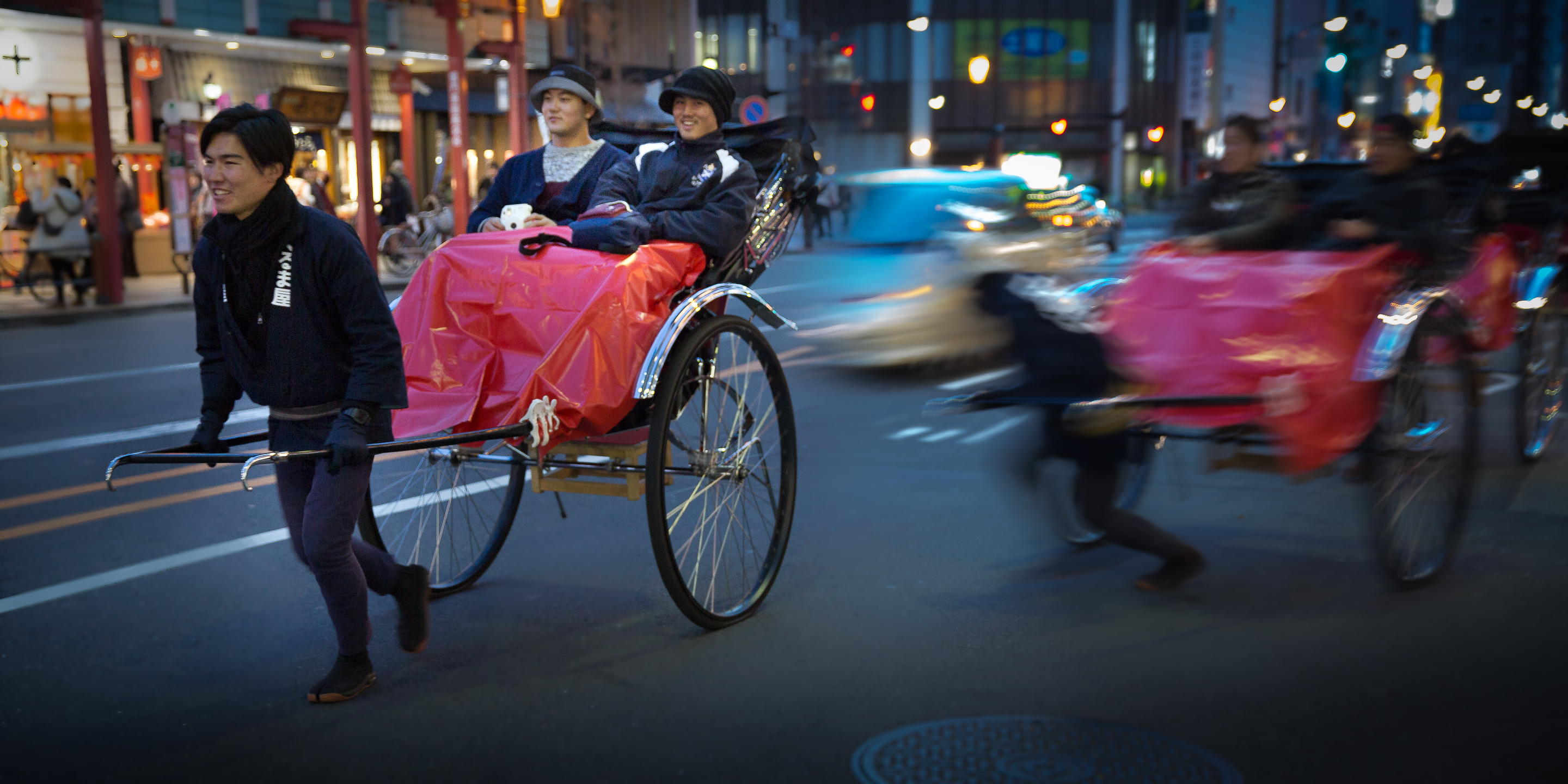 On a two day trip to Tokyo I basically only had on photo opportunity as my time was limited to two hours including taxi ride. Besides it was pouring down! So I chose the International Forum famous for its contemporary architecture. On the way there I fought some street action and back in the hotel I was able to get a nice night shot of Tokyo Tower with an inner city skyline.

The post is a s short as the trip was. I still hope you enjoy the pics.

Cologne on the fly-by

This is another story of being ready when an opportunity comes up. As mentioned on other occasion I travel whenever possible with my camera. And I try to use every opportunity to snap a cityscape. Having been to Cologne for an all day meeting I first did not expect that there will be a chance in my filled schedule to really take a shot anywhere in Cologne. I had about one and a half hours to spend before picking up a co-worker at the airport. So how to best spend the time?

This is how I approached it: I used my iPhone to check google pictures and 500px for cologne photos. Realized that besides the dome and Hohenzollernbridge there was not much to see and not much in terms of beautiful cityscape or skyline. So that was set. Now for the best location to shoot I used google maps and went straight for the Hyatt Regency opposite the river from the Dom to park my car. Easy enough so far! There are however two shortcomings with any of the apps and tools one can use on a smartphone: it doesn’t tell you that is is raining pretty hard outside and it also does not tell you that there is a construction along the whole riverbank from the Hohenzollernbridge to the Deutzer Bridge and with that no access to the water front as everything is sealed of with a tall, ugly and pretty high fence! That is frustrating to realize. But who would I be as travel photographer trying to “make” and not just “use” opportunities if that would stop me! So I had to walk around the area to find spots that gave me at least a somewhat satisfactory view on the left side of the Hohenzollernbridge containing the bridge and the Dom. The first two shots show what I managed to get there. Then I went up onto the bridge to find a chain fence fencing of the rail tracks that was filled to burst with love locks. I have seen many places with these locks before, but never before such an abundance of locks. So I thought … what a great shot if I can get the locks together with the Dom. Shot number three is what turned out. Then on to the other side of the bridge because I wondered why I had never seen a photo of the bridge and Dom from the right side of the bridge. And interesting enough this side makes for a pretty good shooting location too and there was NO CUNSTRUCTION going on! So I took a few shots on this side as well. The last couple shots show the opposite of what everybody else is shooting and we therefore all are used to see.

There was only one litte downside to that photo outing. The time to shoot was actually too late. The sun had set shortly after 5pm and I was at the location at about 6:15pm so it was completely dark. But that’s life. When photography is a hobby and only comes when the work is done … one has to take what’s available. But then again that ended up still being positive as it was raining anyway and rainy Cologne looks less appealing then Cologne at night.

Hope you enjoy the photos 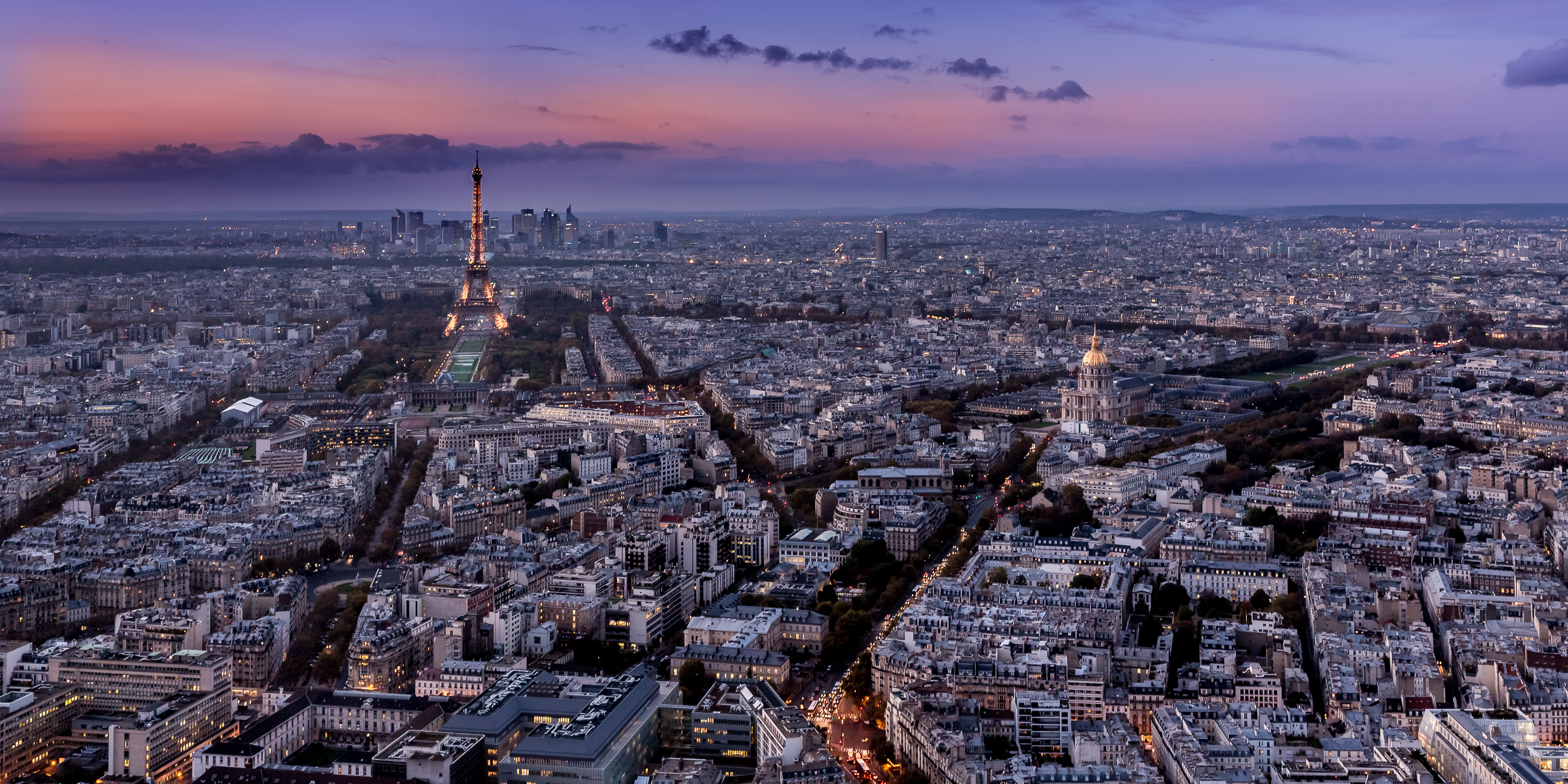 Well here I am in Paris again. On the way to a dinner appointment I had a short hour to spare and Tour Montparnasse was right on my way. So for the first time since coming to Paris – which by now must have been over 30 times – I made it up to the observation deck of the Tour Montparnasse. The ride up costed 14.50€ and was quick and easy as there were hardly any tourists. The day had seen lots of rain and the skies didn’t look all too promising. But seeing that the cloud cover was opening with some fresh wind coming in and knowing I only had this one opportunity I had to take the chance.

Tour Montparnasse is the only pale with a perfect city view that allows tripods to be taken along. Too bad I didn’t have one with me! The observation deck has window panes all around and in intervals there are perfect slots in the glass made for undisturbed photography. Thanks Tour Montparnasse responsible for being so considerate to photographers!

The dinner I had to attend too place on a boat – a fun CanCan night on the Seine with a good meal – which left from across the Seine of Gare d’Austerlitz. I found myself right across Les Docks – Cité de la Mode et du Design (the wird design is not the French spelling but I believe that is what it is called). I just had to take a quick shot of this green snake as well.

Now enjoy and get in the classy mood of stylish Paris!

Here are just a few shots from a family weekend in Rome. A couple sites had to be shot one of which was the Colosseum and the other the Spiral stairs of the Vatican Museums, designed by Giuseppe Momo in 1932.

To shoot the spiral steps without any tourists in the photo and without a tripod was quite a challenge. Both pictures are composites of ten pics each that were shot with the camera firmly held to the handrail and exposing every few seconds when people on the steps had moved along and where thus in different positions. The compositing was then done in Photoshop with layers of which only those sections with no people could be used.